The campground at Tooms Lake is true bush camping, and a great Tasmanian wilderness experience if you are into trout fishing or simply looking for a peaceful camping location in a beautiful setting next to a lake. Camping at Tooms Lake is free; there is a boat ramp located near the waterside camping area. There are basic toilets, no showers at Tooms Lake so campers must be largely self-sufficient. The nearest towns are Ross and Oatlands. This location is best suited to tent-based camping; small to medium campervans, camper-trailers, caravans, and motorhomes are OK however please again note the facilities are basic and the road leading to the campground is gravel, narrow in parts, and often in very poor condition - especially after heavy rain. Tooms Lake is the name of both the lake and the small village in the eastern midlands of Tasmania. The lake is artificial and shallow and covers 6.6 km2. Tooms lake was once a wetland and a Tasmanian aboriginal meeting place - the indigenous name for this place is Moyantaliah. The lake can hold 25.362 gigaliters of water, with a catchment area of 60 km². There are designated camping areas at Tooms Lake and a number of signs indicated where you can't camp, noting that there are a number of local shack owners. The maximum stay for camping or caravans is 14 days. Tooms Lake is reached by the gravel Tooms Lake Road and is some 83 km from Hobart. The lake is used primarily for recreational fishing, for brown and rainbow trout but is also popular for kayaking, and fishing from a kayak. Brown trout were introduced in 1904 and rainbow trout were released around 1908. Trout average 1 to 1 1⁄2 kg with fish increasing to 2.5 kg. A license is required to fish for trout in Tooms Lake for all persons aged 14 years and older. Please note, camping is only allowed in designated areas and the only facilities are toilets. To camp Tooms Lake you must be largely fully self-sufficient. See also: Camping Lake Leake, Woods Lake Camping, Camping Oatlands, Camping Campbell Town Camping Trout Fishing Tasmania 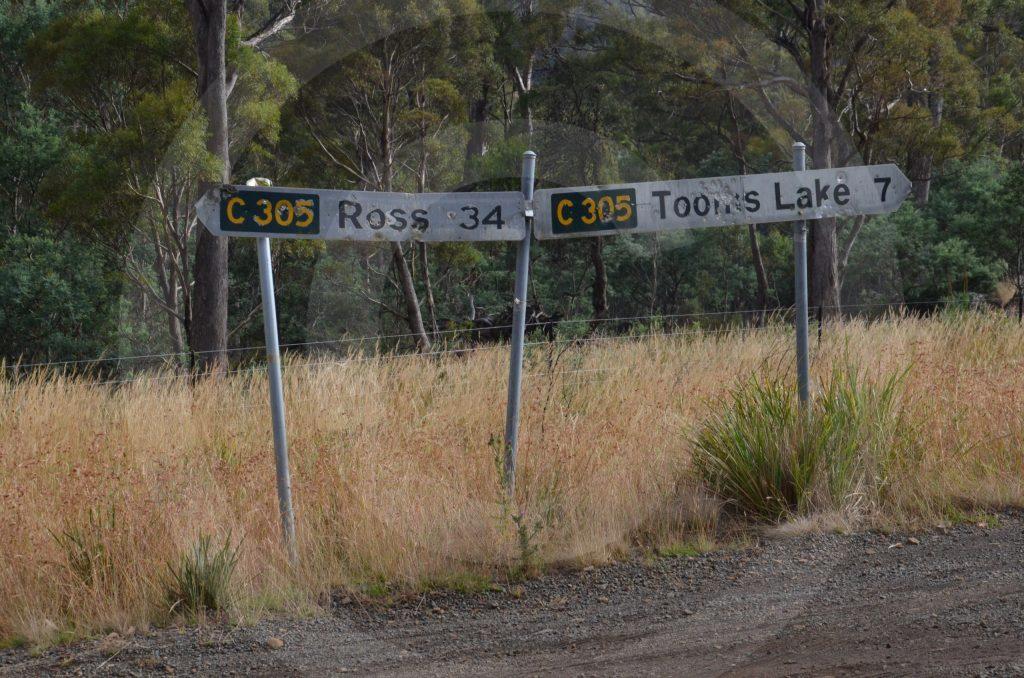